General Military Chat. New to the forums? Introduce yourself, Who are you and where are you from?
Post Reply
3 posts • Page 1 of 1
Message
Author

Reuters - Rioters in Lahore, Pakistan and other Muslim centers clashed with police this week in violent demonstrations over the quality of western fast food.

Chants of "no more limp lettuce!" echoed across the Middle East amid growing civil unrest.

A spokesman for the Muslim Underground Nutritional Group (MUNG), said the western fast food invasion is on notice to get out of Muslim countries.

"We are not wanting the processiong of chickens and limply lettuce, said Mustafar Habib.

In one incident, Ronald MacDonald was seen being whisked away by protesters, later to appear headless on the Al Jazeera news. 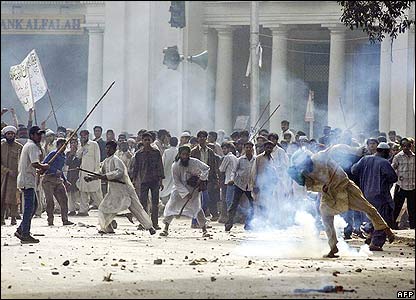 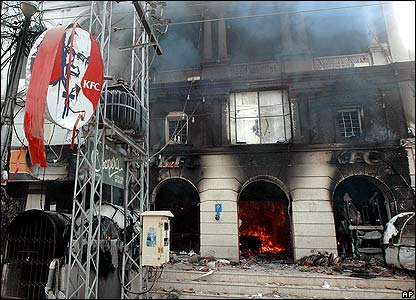 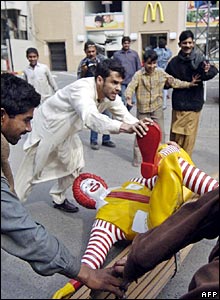 (Yes, I was a little short of something to do this evening!)

Its a shame that nothing like that would happen in this country. Apart from the May Day riots. Cant blame them to be honest.
Top

Cant tell what theyre going to riot about next though so you never know.
Wo zhu ni jian kang.
Top
Post Reply
3 posts • Page 1 of 1

Users browsing this forum: No registered users and 7 guests